The advancements in technology over the past 20 years means that just about everyone owns a digital camera, and the price points are low enough that many of us are able to purchase a shiny new Digital Single-Lens Reflex camera if so inclined. One must beware the pitfalls of accessible technology, however, as the increase in availability of ‘professional’ equipment has also given rise to the fauxtographer – How many of your friends on social media networks have purchased (or were gifted) a Camera Obscura device and are now advertising their new startup photography business?

A good photograph and an expensive camera are not mutually inclusive. Late last year Nikon caused a bit of a stir in the photography community by stating “A photographer is only as good as the equipment he uses…”, and not surprisingly the vast majority of responses were negative. We can safely assume that Nikon’s update was most likely authored by a PR employee rather than an actual photographer, as generally photographers will disagree with this sentiment:

It goes without saying: Since it is the photographer that composes and frames the subject to make a photograph, then the physical tools used in gathering light come secondary to the methodoligies and principles employed to make a picture interesting. The field of study dedicated to exploring human perception goes by the name “Gestalt Psychology”, and from this field comes various principles about the way that people see things. Some people are naturally gifted at framing their shots in interesting ways, and these people will generally know what they are looking for but not know how to describe what they are seeing. By following some of the principles listed below you will probably find yourself looking through the viewfinder with different eyes, and not filling up a memory card with hundreds of photos only to keep a dozen or so ‘really good’ ones.

Our brains are constantly taking in visual information, but we will always tend to differentiate a form from it’s surroundings. The shape or form that serves as the focus of an image is the figure, and the surroundings or negative space is known as the ground.

Our perception of the figure can be swayed by various factors such as colour or contrast, or the lack such differences (as is the case in the design of camoflage). Complex images can host multiple figures / ground relationships depending upon how it is perceived and what the mind is focusing on at any given time.

The Vase described by Edgar Rubin is the most well known demonstration of the figure-ground relationship, with the figure of the image changing depending upon if the focus is the faces or the vase.

Learning to control the definition of figure and ground in your photographs will help to control your audiences perception on what is subject matter, and what is negative space.

Elements that are placed close to each other will often be perceived as one group. The close proximity unifies them together and will help to form a figure within an image

It’s important to keep the principle of proximity in mind when composing photos, especially when working with small f-stops and large depths of field. This can create interesting effects (both positive and negative, as can be seen in the image to the right)

The principle of Proximity is most often employed by photographers new to SLR cameras with fast lenses. A large aperture (lower f-stop number) will result in a small Depth of Field (DOF), which in turn makes everything but the area in-focus blurry. It essentially ‘groups’ everything that is close together in the focal area, clearly outlining the figure and the ground.

Symmetry & Balance (and the rule of thirds)

Having symmetry in an image can be purposeful in creating equilibrium, as an asymmetrical design will often cause the viewer to search for a problem rather than follow the instruction. What you will find, however, that centered equilibrium can often be boring and uninteresting. If this is the case, then how do you create ‘balance’ in a photograph without being bland?

Loosely based on the Golden Ratio is the so-called Rule of Thirds. As with the above image, try to imagine your frame split into 9 sections. By placing the important elements along the guidelines or at the intersection of the guides the image will appear more interesting (as opposed to a horizon bisecting the picture, or your eyes being coaxed to the centre of the frame)

Elements that have similarites will often be viewed together as a group or a pattern. Repetition within forms, even with slight variations (known as anomalies) can have a pleasing appearance, and will often instill a feeling of harmony or rhythm.

Image on the right: Our minds will group similar items with each other, we will see a cross made up of squares and 4 groups of circles.

Image on the left: ‘Naughts’ are grouped with the centre deliberately turned blank. The impression is that of a straight edged shape produced from circles.

The deliberate use of similarity can often add more meaning to an image than the subject itself. Experiment with compositions to convey different emotions.

Continuity refers to when the viewer’s eye is compelled to move beyond an object and continue through. This principle is all about straight or curved lines, sometimes not so set out as an obvious feature of the image, but still guiding the viewers eyes in a certain way.

This can create a fluid movement between compositional elements, and along with objects grouped via similarity (above) these work well when used in conjunction with the Rule of Thirds. Gestalt theory is base around “The whole is other than the sum of the parts”, so bringing many different principles together will help form a well composed image.

Closure is all about giving the brain enough information to work with so that it can finish forming figures even if they aren’t explicitly in the image itself.

Sometimes a closed shape can be perceived as boring, whereas an open figure invites the viewer to become more involved. Even though a subject isn’t completely in frame, the mind will find it interesting to fill in the details itself.

This principle is closely related to continuity and similarity, in the way that the brain will follow contours and lines even when the information is incomplete. Storyboards and comic books play on closure, inviting the viewer to take part in the experience.

It is speculated that this ability of the brain may have come about due to evolution: Being able to perceive predators from only small recognisable features would be essential to predicting danger. 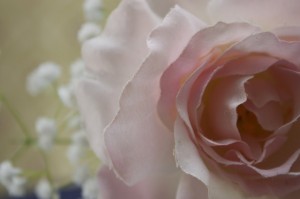 Images can be made more interesting by framing the shot to crop out details; Your brain can fill in the blanks.

Thoughts to take away with you

Photography is not only about the subject of your photos, you must also put careful thought into composition. Gestalt psychology is an immensely vast subject and I have only very briefly touched on a few of the more common principles of Gestalt relevant to photography here. If you found this interesting then I implore you to begin looking deeper, searching the internet, viewing galleries, and looking at the world around you in a different way.

Remember, The best camera is the one that is with you; As expensive as your equipment is you can’t buy talent. You can, however, take the time to learn some theory.

One thought on “HowTo: Gestalt Principles and Photography”